All you Need to Know about Quartz Kitchen Worktops

About Quartz: Quartz is one of the most common mineral and is an important constituent of many rocks. Chemically, Quartz is Silicon dioxide or SiO2. Its structure is basically crystalline with a typical white streak. Quartz has tiny capillary channels between the minerals. If you spill wine on unsealed granite or marble, the wine can sink into these channels and potentially permanently stain the stone. Quartz is immune to such stains. Its application ranges from manufacturing of glass, toys, jewellery, worktops, as oscillators in watches and even in computer industry. Quartz is a very popular material used for kitchen worktops. White quartz kitchen worktops are in great demand these days. Dealers and wholesalers are present across the UK dealing in quartz worktops. Many Companies like Compac deal in all varieties of kitchen worktops. 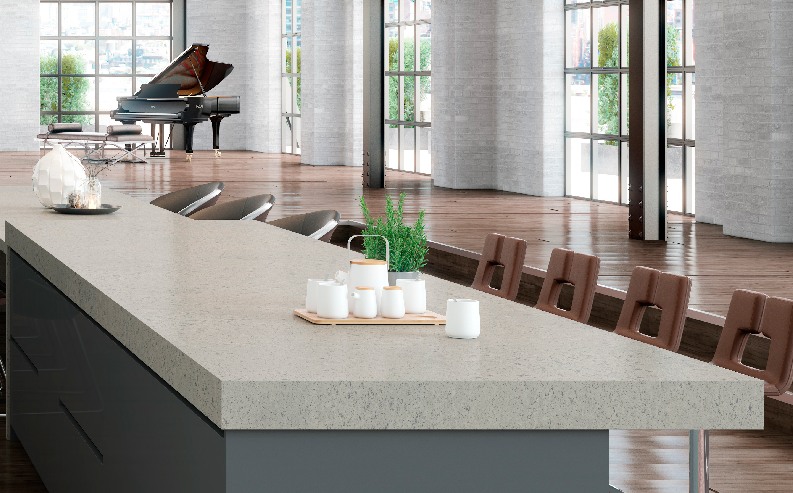 Characteristics of Quartz Kitchen tops: 1. Constituents: Quartz counters are made by combining 93% natural quartz stone with 7% resin binder and some colour pigments. These are provided to add durability and colours to quartz kitchen tops. 2. Mining: Unlike marble and granite, which are sliced out from the mines in their usable form, Quartz is mined out in crystal form and crushed after which resins and pigments are added to it. Eventually it is processed in its final form to add smoothness and tensile strength. 3. Varieties: The different varieties of quartz include white quartz, milky quartz, smoky quartz, jasper, tiger’s eye, rose quartz, onyx, etc. These different worktops have their own specialties. 4. Appearance: Quartz has a 3D-like appearance owing to its deep texture. It is fairly translucent and has a consistent surface. 5. Resistance to stains: The resins are deliberately added to quartz to make it impervious to stains from sauce and wines. 6. Hygiene: Many quartz manufacturers add specific chemicals to make the worktops hygienic and to prevent the growth of bacteria and other harmful microorganisms. 7. Strength: Quartz kitchen worktops are stronger than marble and granite. Quartz is second in strength after Diamond and Ruby. 8. Maintenance: Since Quartz kitchen worktops are impervious to stains and microorganisms, therefore they require less maintenance. And unlike marble and granite worktops, quartz does not require any sealing. 9. Cost: Some colours of quartz kitchen worktops can be reasonably expensive although basic colours are very affordable. Going by its sheen and quality, it is worth it! Customers looking for reliable, strong and stainless worktops would be more than satisfied with the quartz worktops which are available in the market.