Which is Stronger Marble or Granite?

The choice of which marble (or granite, limestone, etc) to use is generally an aesthetic matter although certain applications will raise the question as to which is stronger marble or granite, that is less prone to scratches or etching with regular use.
There can be some corners in a property where accidental hits may occur. Also things like heavy traffic in a commercial establishment or simply work applications that demand the strongest marble, natural or engineered stone. Moh's Scale of hardest stones Mo's scale was created in 1812 by German geologist Friedrich Mohs to compare the hardness of different minerals by the ability of each natural stone to visibly scratch another.
When the scale was created, Diamond was the hardest known mineral to scratch and to this day is at the top of the list.
Moh's scale does indicate which is stronger marble or granite and to this day is the best known source to check the hardness of the different stones.
To make things interesting we are going to list the 10 hardest type of stones from weakest to strongest: Talc is the weakest mineral of the list and is largely composed by magnesium and can easily get scratch with a fingernail or a knife. Its colours vary from white to green or grey. Gypsum is mainly composed by calcium and has a translucent appearance it is pure form. Its is used as a fertilizer with a wide use on plastering applications. Alabaster, which is a variety of gypsum has been used over centuries to create statues and sculptures. 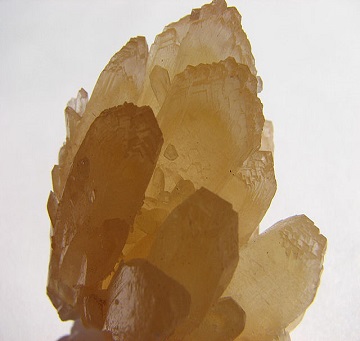 Calcite is a carbonate mineral and transparent to opaque in its pure form and will dissolve in most forms of acids.

Calcite is made out of of sedimentary rocks. For example limestone is formed from the shells of dead marine organisms.

Since marbles and limestone are crystallized calcite these will etch with anything from a piece of lemon to certain household cleaning agents and foods such as coffee, tea and ketchup. This information will answer the question of which is stronger marble or granite. 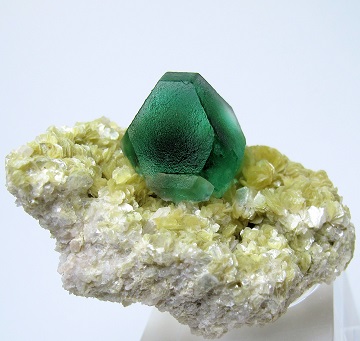 Fluorite derives from the latin fluo (flow of water) and is a mineral made out of calcium fluoride.

It is colorless in its pure form. Its different colours reflect impurities and the most common being purple, blue, yellow and green (above image).

Widely used of lapidary purposes as a semi precious ornament. 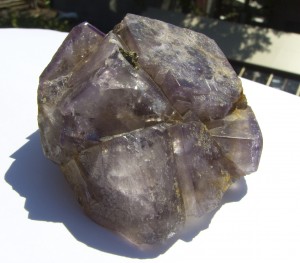 Apatite is a phosphate mineral and the main body in tooth enamel and bone mineral.

It is widely used as a fertilizer and sometimes as a gemstone varying from green to blue in colour. Feldspar is an abundant mineral that forms around 60% of the earth's crust.

Feldspar crystallizes from magma (molten rock and gas) and is composed of a wide variety of minerals that characterize the different types of granites.

20 million tonnes of feldspar where produce in the last count (2010) mainly by 3 countries: China, Turkey and Italy.

Feldspar is the second element in ceramic products after clay and sought after due to its resilience to heat and scratching. Quartz is the second most abundant mineral on earth after feldspar with many varieties and use ranging from gemstones to architectural applications such as kitchen worktops, bar counters and wall cladding.

The word 'quartz' comes from the German 'quarz' and in most ancient times from the Slavic 'twrc'(hard).

There are many of varieties of quartz and most of their names arise from the colour given to a particular piece of the material: Rose quartz, Milky quartz, Smoky quartz, Jasper and Onyx amongst many others.

In the stone industry, engineered quartz is a composite material of between 93%-97% pure quartz crystals and a small part of additives such as resin, mirrors, shells and other components. Pure Topaz is transparent and usually reflects the colours of other impurities.

Its most commonly known colours are blue-brown, reddish-orange, wine and pale green.

Since naturally occurring Topaz is fairly rare, the cost of this mineral is high compared to other stones. Corundum is made out of aluminum, titanium and chromium.

It is the second strongest mineral known to man and comes in different colours according to its impurities.

Rubi can scratch almost every other mineral and it is used as an abrasive in sandpaper to industrial machinery for wood and metals. Diamond derives from the Greek 'adámas' meaning unbreakable and was most likely discovered in India around 6000 years ago.

Diamond is the hardest material with the most thermal conductivity known to man and can only be scratched by another Diamond.

Its unique properties make it a very popular material for industrial uses such as making diamond knives, electrical insulators and grinding tools.

Please contact a team member for more information to know which is stronger marble worktops or granite worktops via telephone 0203 0788912.